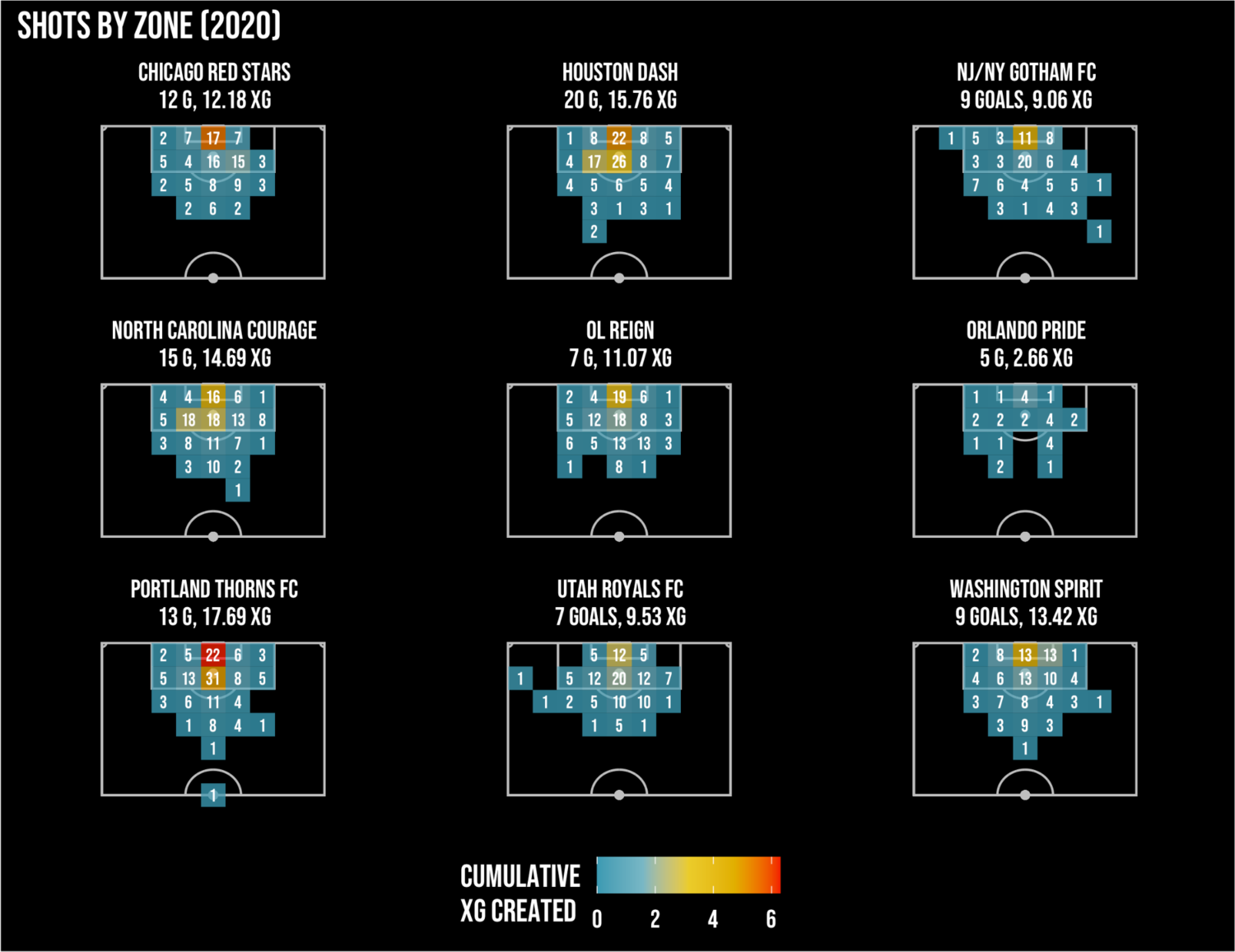 In the offseason, OL Reign seemed to hedge their bets on young, promising attacking talent. Early on, the team traded Jodie Taylor and Taylor Smith to North Carolina for Ally Watt. Watt, a prolific goalscorer at Texas A&M, tore her ACL within minutes of making her debut for the Courage in the Challenge Cup, so we haven’t yet seen what she can do stateside, but she did play in the last five games of Melbourne City’s 2020 W-League title run, scoring three goals. Reign also traded away forward Darian Jenkins to Utah/Kansas City in return for another 2020 draft pick: Tziarra King. King scored two goals in 2020 and is sure to play an important role in Tacoma. These new signings alongside Leah Pruitt, Bethany Balcer, and Nicole Momiki, round out a cadre of young but exciting players, some who will be especially important during the long international breaks this season.

In the Challenge Cup, Benstiti has made use of his pretty stacked roster, rotating players as he figures out his ideal starting IX. The good news is that they scored far more in this tournament than they did a year ago, so the team’s finishing has certainly improved. The bad news is that some of the problems from last season are still persisting today. In four games, the team ranks near the middle of the pack for total shots (45). But their average xG per shot is 0.06, tied with Kansas City for the lowest in the 2021 Challenge Cup. Furthermore, the team also ranks amongst the bottom third of teams in both entries into the penalty area and number of touches per entry, indicating that they’re not exactly getting into the shooting positions, either. Unlike last season where the team seemed to get into good spots without shooting, the team struggled to even get there in the first place. The team started slow with a loss and a draw during and directly following the international window. Once players returned from international duty and were able to play full games, Reign looked much more promising, pulling out wins in their final two games.

The team is likely to lose some of its most seasoned players for the Olympics and the run up to it. Most notable is obviously Megan Rapinoe, who opted out of the 2020 season, but is set to play this season, but is likely to miss a large portion of it. Non-US players will likely be gone for several weeks, too. Jess Fishlock may be named to the Team GB roster, Rosie White to New Zealand, Quinn to Canada, and Momiki to Japan, meaning the team will be down in numbers.

But worry not, OL Reign is planning for new, exciting players to join from their Supreme Overlords parent club, Lyon, after Champions League play concludes in May. Midfielder Dzsenifer Marozsan and keeper Sarah Bouhaddi are all confirmed headed to the US on loan. Legendary forward Eugénie Le Sommer is rumored to be joining the team as well. Lists that claim to rank the “best footballers of the year” aren’t always indicators of true talent, but both Marozsan and Le Sommer’s consistent presence on them is well deserved. Maraozsan has a proven track record of both scoring goals and providing quality service to her teammates; Lyon is much less dominant this season than in the past, yet Maro has notched nine goals (6.13 xG) and 14 assists (1.63 key passes per 90) across all competitions. Her presence on the team will hopefully provide some of what they were missing last season. Le Sommer is France’s highest goal scorer in history. She hasn’t quite found her goal scoring form this season, only scoring four goals and notching five assists in 1200 minutes, far less than the double digit numbers she records most seasons. If she can find her form again, her impact on the team will likely be immeasurable. Having Bouhaddi — the longtime starter for the French national team until last fall — in net will also be a welcome relief for Reign. The team had two experienced, starter quality keepers at the beginning of 2020 in young USWNT prospect Casey Murphy and established veteran Michelle Betos. The two rotated throughout the season, but left the team via trade or expansion draft in the offseason. And of course, we all continue to manifest the post-Olympics stateside return of Rose Lavelle, who has seen little (out of position) playing time at Manchester City (OL Reign traded for her playing rights in the offseason).

Last season, we speculated that OL Reign’s success hinged on finding a way to combine all their new and returning attacking talent into a system that works for them. Benstiti didn’t really accomplish that last season, and so that challenge mostly holds true once again. He now has a bunch of league games behind him and an understanding of demands of the league. If he can figure out a way to maximize the talent on the field between the Lyon legends, the team’s established vets, and the legion of young talent he’s brought in, a playoff run doesn’t seem out of reach. If their play is anything like 2020, however, it could be a long, long season.

Zlatan Ibrahimovic to miss Euros tournament due to knee injury –

Will VAR threaten to ruin the European Championship? –

Novak Djokovic will Pass Roger Federer and Break the ATP Record for Weeks at...