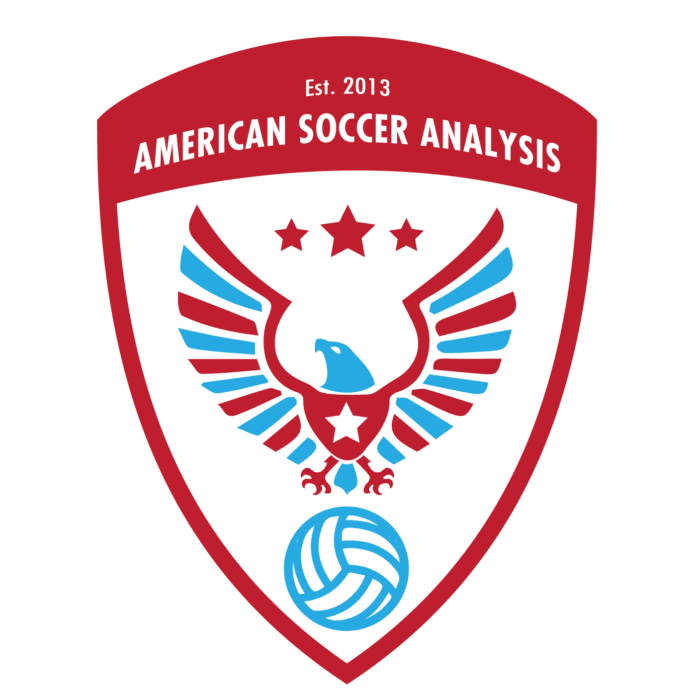 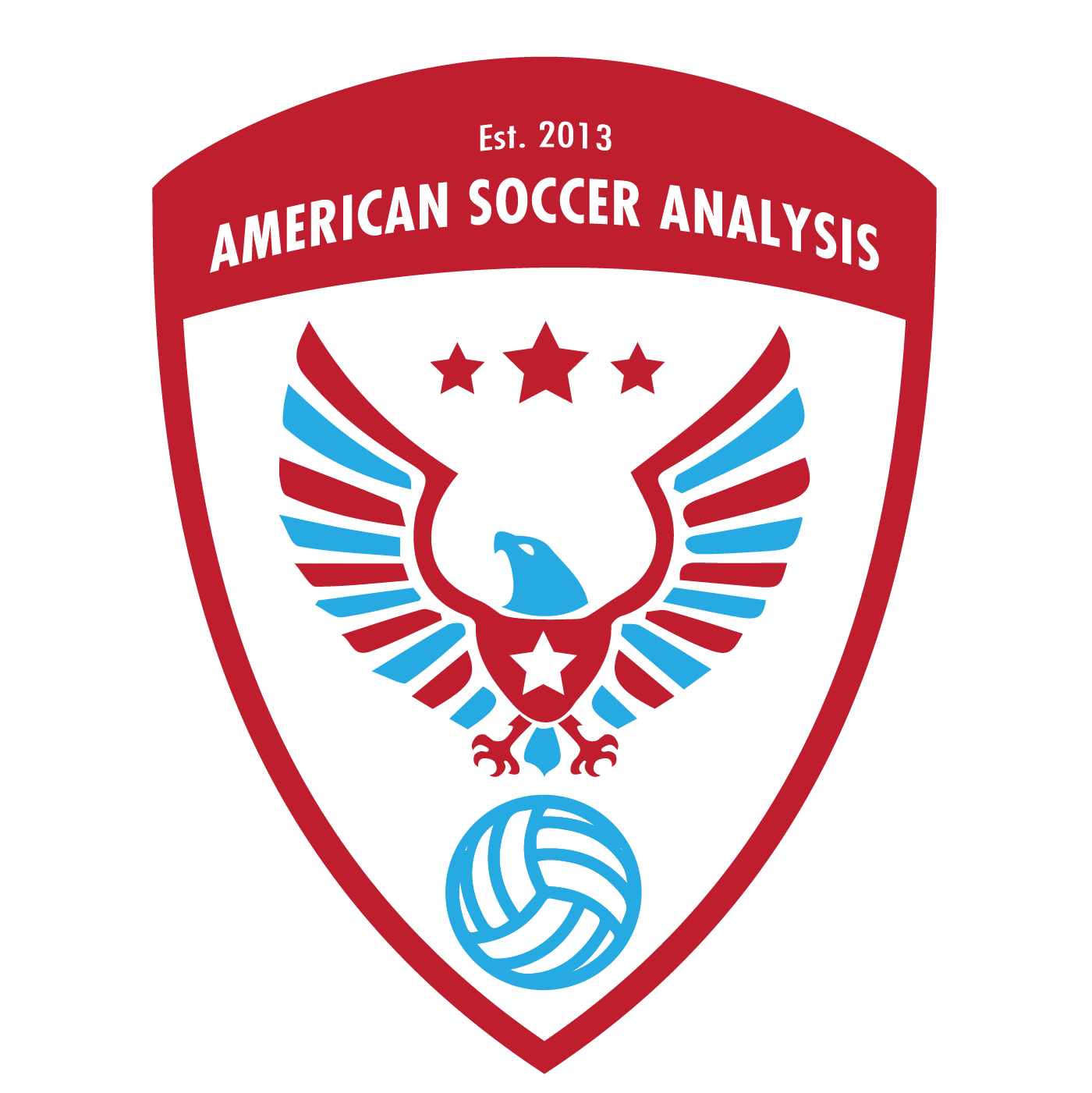 We have updated our goals added (g+) methodology to produce g+ components for goalkeepers. You can find these new metrics on the Goals Added window in the app under the Goalkeepers tab (MLS, NWSL). Up to this point, we had not published g+ metrics for goalkeepers. We recognize that goalkeepers perform many unique tasks on the field, and the first version of our expected possession value models and g+ framework missed a lot of those. Below I’ll explain the specific keeper g+ components and what they try to measure, share a few examples, and then wrap up with some nitty gritty details.

Shotstopping. This one is pretty straightforward, and something we’ve already been sharing on the Goalkeepers tab under xGoals. On that tab, we show (G – xG), the difference between goals allowed and expected goals allowed, where xG is on a post-shot basis (PSxG). There, negative numbers are good, implying that the keeper allowed fewer goals than expected. Here, we flip it around because we want positive g+ values to reflect good play. Thus the shotstopping metric is calculated as (PSxG – G).

Handling. It’s not just about saving the first shot; it’s about making sure the other team doesn’t score a goal. A keeper might make an amazing save, worth 0.5 goals of value, but cough the ball up directly in front of the net for an easy finish. The handling metric compares the typical rebound value of the shot (xRebound) to the actual rebound value of their parry (xParry), and rewards the keeper with (xRebound – xParry) g+ value. Note that if the keeper holds onto the shot, then they are rewarded with the xRebound value, which is the typical rebound value that average keepers give up on similar shots.

Claiming. This one is specific to aerial crosses. Whenever a keeper attempts a claim on a cross, we derive their g+ value from the difference between expected possession values before and after the cross, just as we do for most actions on the field. You can imagine a failed claim where the ball falls in front of the net for a shot. Often such a blunder will increase the possession value from around 0.05 goals before the cross to upwards of 0.5 goals on the free shot in the box. In that case the keeper would lose 0.45 g+. Conversely, most successful claims will be worth around 0.05 goals of g+ value. Punches are included here as kind of a claim-specific keeper clearance, as are instances where a keeper smothers a loose ball.

Sweeping. This is simply us renaming “Interrupting”, which is a component for all field players. This category primarily includes successful and unsuccessful tackles and clearances (with the feet).

Passing. Again, this one is intuitive. We value passes made by goalkeepers in the same way we do for field players. Note that goal kicks, which make up a healthy proportion of a keeper’s passes, are parameterized explicitly in our expected possession value models. This allows us to properly evaluate the possession values before and after the goal kick and assign the difference to the keeper (and recipient on completed passes), just as we do for all passes. What’s still missing is any allocation of blame to failed long-ball goal kicks, where clearly the keeper is at the mercy of his team’s ability to win aerials, at least to some degree. This is a blind spot in the g+ methodology for all passes, and one we hope to solve someday with tracking data.

Fielding. We took all the other typical components of g+ for field players—dribbling, fouls conceded and won, shooting, and receiving—and we lumped them into this category. Keepers aren’t often doing this stuff, but some of these events will severely hurt their g+ totals. Fouls, for example, will often be dominated by one or two instances where a penalty was given up. It helps that we limit the foul value gained and lost on penalties to just 0.25, recognizing that it’s often not entirely the player’s fault. Dribbling is another sub-component here that is very likely to be negative based on major blunders in front of the net.

Avid ASA readers know what we think of MLS’s top goalkeeper, Matt Turner, and it will come as no surprise that his shotstopping g+ value above average is tops since 2019 (minimum 2,000 minutes). What might be surprising, though, is by how much. When aggregating regular season player performance over the past three seasons, there’s Matt Turner, and then there’s nobody, and then there’s Steve Clark.

Euro 2020 Group Stage Ends With Mouthwatering Next Round Matchups –

After Madrid Loss, Dominic Thiem Is Eager to Take Next Steps on Clay

Will Patrick Mahomes’ concussion keep him out of AFC title game? — Dr. Matt...

Sha’markus Kennedy from Italy to Germany 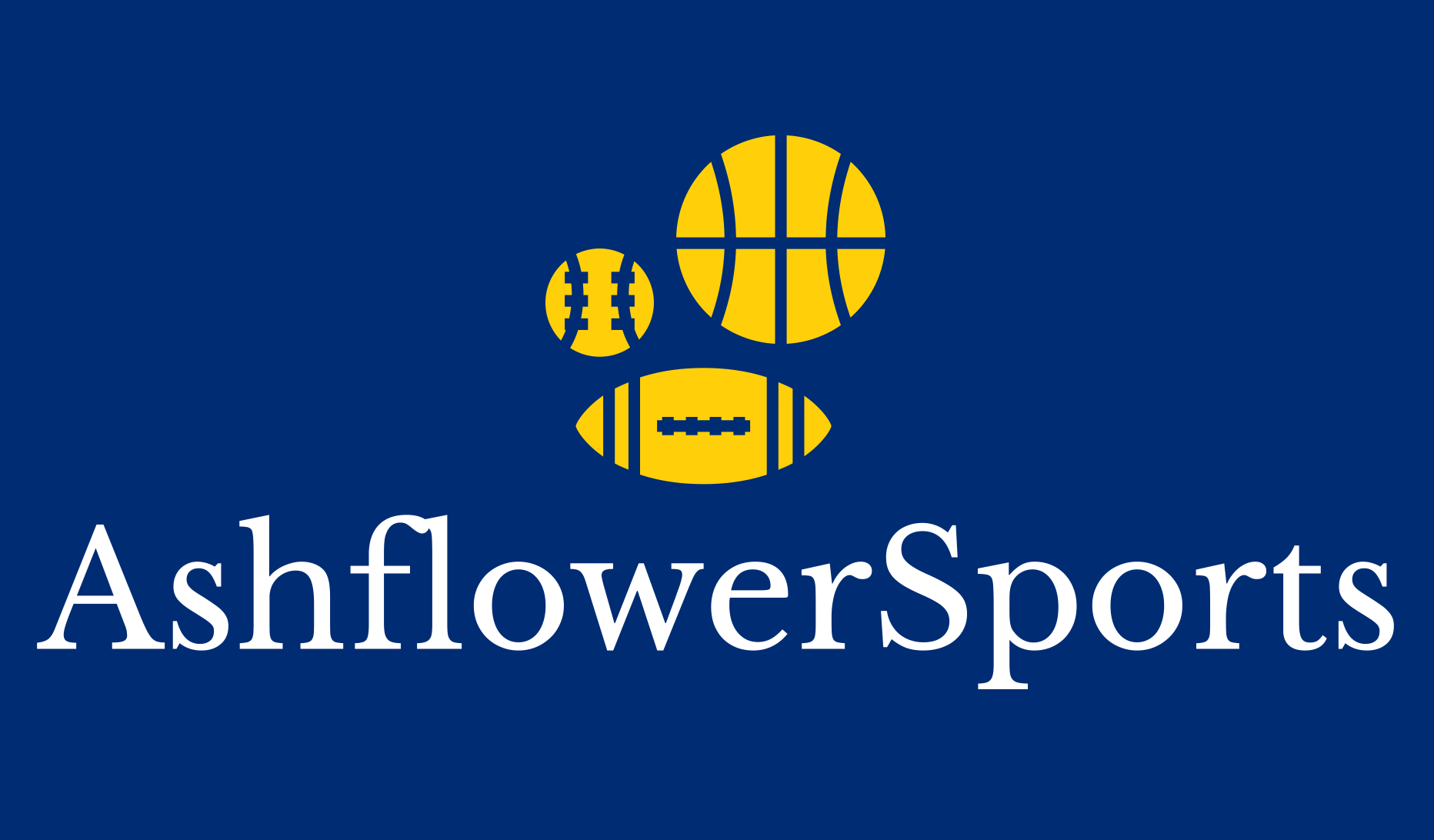