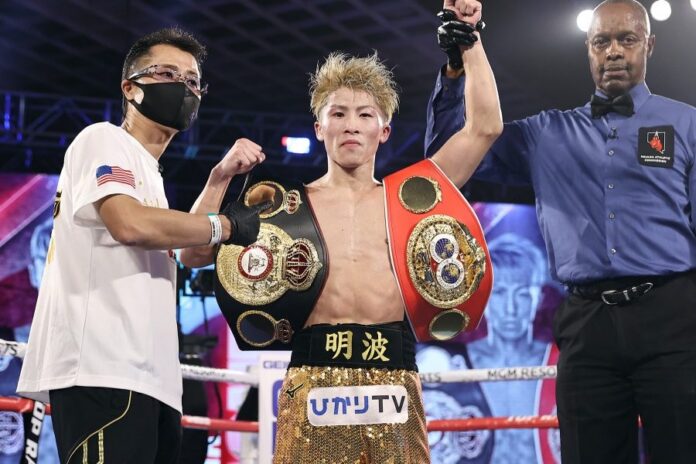 Naoya Inoue may be boxing’s next big star, but he’ll have to batter through a few more competitors before his undefeated record carries more weight.

Recently, Johnriel Casimero called out the fighter alongside Guillermo Rigondeaux, calling for a reschedule of Inoue and Casimero’s canceled 2020 match.

For the moment, Inoue is too busy to accept the challenge. His upcoming battle against Michael Dasmarinas in Vegas will be his second in the City of Lights. His win against Jason Moloney last year saw a limited-capacity audience that didn’t reflect the hype and excitement surrounding the fight.

Typically, boxing fans aren’t just interested in filling in seats and catching a fight on PPV. Instead, there’s also major hype around wagering on favorites like Inoue and underdogs like Dasmarinas. With the accessibility of offers on online betting sites, it’s never been easier for boxing enthusiasts to consult lines from top sportsbooks.

Fighters like Naoya Inoue regularly attract attention from sportsbooks—especially as they debut in the west. Even so, fans will want access to watch the game live in-person and via PPV to see if Inoue will batter through his next opponent like he did with Moloney in his Top Rank debut.

As fans wait for Inoue’s next appearance in Vegas on 19 June against Michael Dasmarinas, let’s cover a few facts about the Japanese three-weight world champion.

Those who’ve followed Inoue know that the boxer is often dubbed ‘The Monster’. The title was given to Inoue early on in his career by a gym owner who attended his debut boxing match. The owner was once known as a fighting ‘genius’, but he nicknamed Inoue ‘kaibutsu’, which means monster.

Originally, the moniker was a stressor for the emerging fighter. Prior to being hailed as one of the world’s most powerful pound-for-pound fighters, Inoue had taken an oath to never fight an easy opponent.

From his first debut, Inoue went on to face a Thai national champion—but the moniker stuck.

Two: Instrumentals Get Him Pumped

Of all the ring walk songs chosen by top fighters, there’s a clear tendency toward aggressive hype-up anthems. This includes tracks like ‘Firestarter’ by Prodigy and ‘X Gon’ Give it To Ya’ by DMX. But Inoue prefers something a bit more austere before he steps into the ring.

Though he’s chosen various anthems over his career, he’s relied on the soulful instrumental tracks by Japanese composer Naoki Sato more than any others. His favorite song is titled ‘Departure’, used in both his WBSS fights.

Three: He Took on Tanaka

In 2011, while Inoue was still competing as an amateur at the Japanese Interschool Meet, he faced Ryomei Tanaka.

Though Inoue has yet to face the esteemed Kosei Tanaka, not many are aware that he’s already defeated Tanaka’s younger brother at the amateur competition.

At the moment, Inoue is interested in turning his fame in Japan into worldwide recognition—which is part of the reason he plans on spending much time in Las Vegas in the future.

However, building his career in Japan hasn’t only stemmed from his time in the ring.

Inoue has made multiple appearances in Japanese TV drama shows, along with other Japanese boxers, to depict the life of Masahiko Harada, aka Fighting Harada.

Inoue has also gone on record to provide fans with some of his favorite things to do, which surprised many.

Included in the list was Inoue’s favorite movie, Disney’s Aladdin, as well as his favorite ride at Disneyland, ‘Space Mountain’.

His favorite music is Japanese pop music, though he hasn’t expounded on which groups he prefers.

Somehow, this information only serves to make kaibutsu even more terrifying.

No. 4 Stanford closes out regular season with 72-33 Senior Day win over Cal | Hoopfeed.com